A journal of photos and information about the 2009 antenna project
are on separate "Sutro Tower Antenna Project" pages:

Large Photographs - A series of large photographs offering
detailed views of the tower and antennas.  You may
have to use your scroll bars for some of the photos.

Looking at the Sutro Tower Antennas

This is another view of the southeast mast with the antennas
for KGO at the top and KBCW below it.  The FM antennas are
for KKSF (no longer transmitting from Sutro Tower) and KFOG. 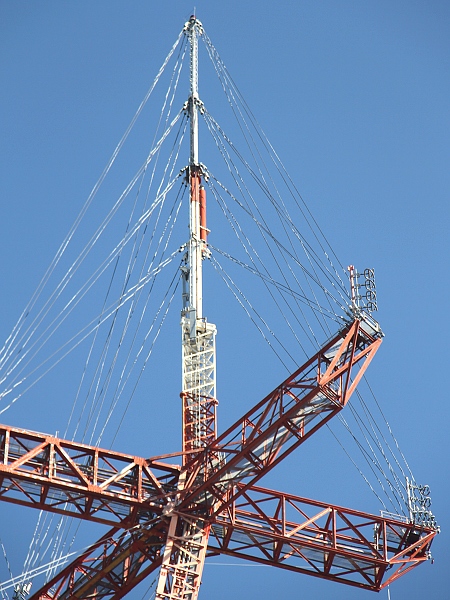 This is a view of the west and northeast masts
showing the two combined antennas. 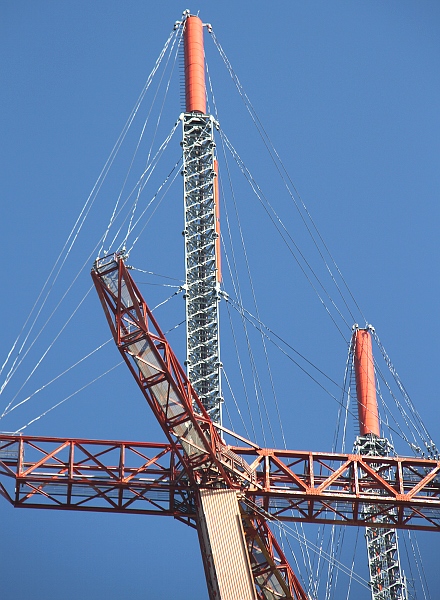 Photos above by Ken Erickson 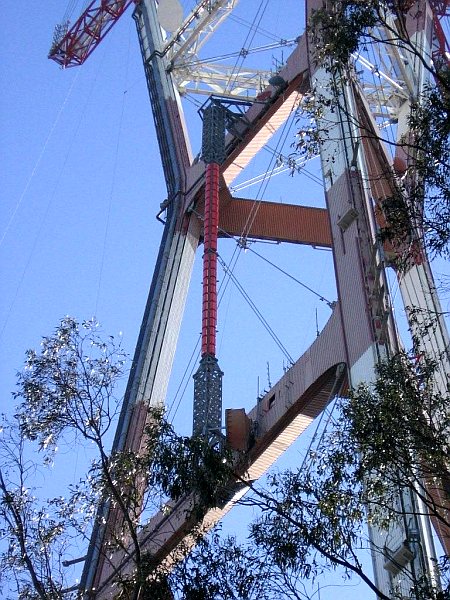 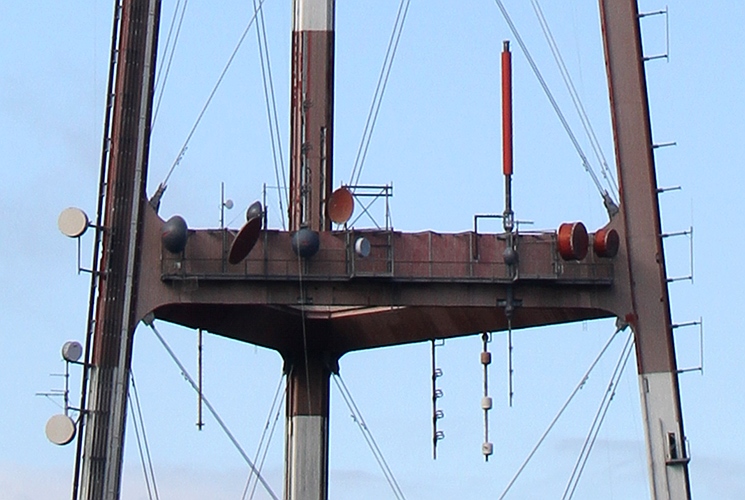 Views from near the bottom of the tower taken late afternoon September 1, 2009
Photos by Falcon 77 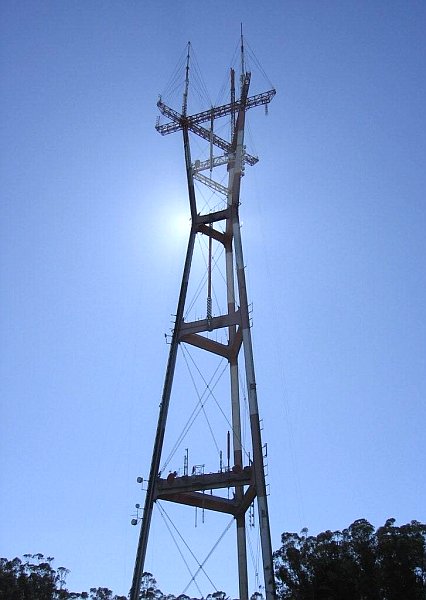 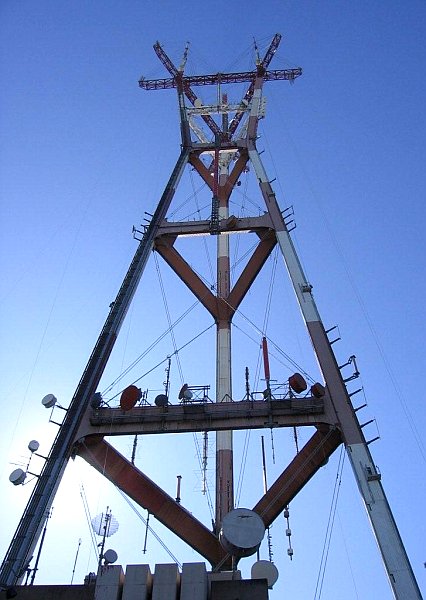 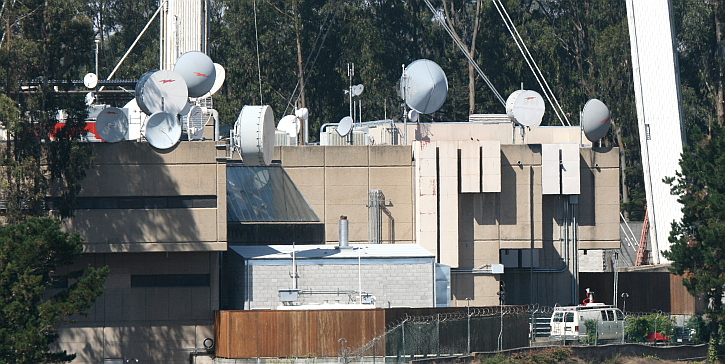 The view seen from Level 6 of Sutro Tower
Photo by Don Hackler, October, 2003 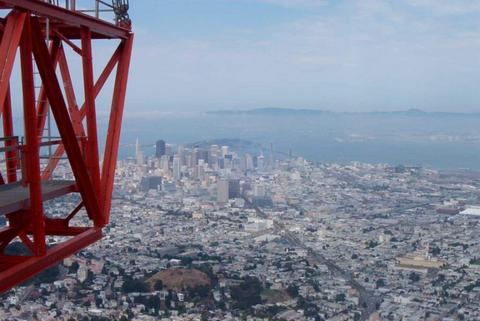 Photos of Bobby (bobby94928 on the AVS Forum) on Level 6 of Sutro Tower.
In the first photo you can see the Sunset District and Pacific Ocean behind him.
In the second one you can see the Golden Gate Bridge next to his right arm.
Photos courtesy of Bobby 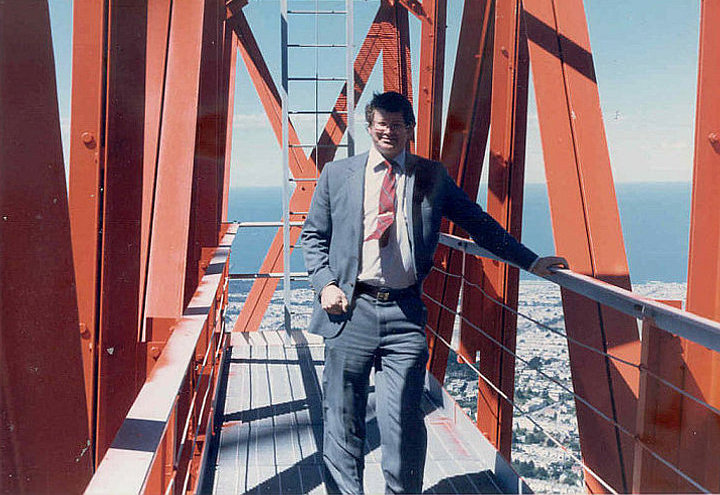 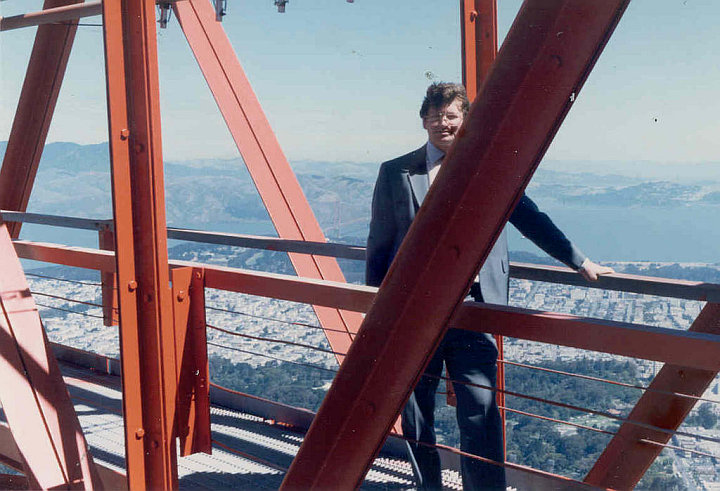 Sutro Tower, as seen from Twin Peaks on August 27, 2009, with a view of
Mt. Tamalpais, the Marin Headlands and the Golden Gate Bridge in the distance.
The crew was working on the west mast. The northeast mast had not been updated. 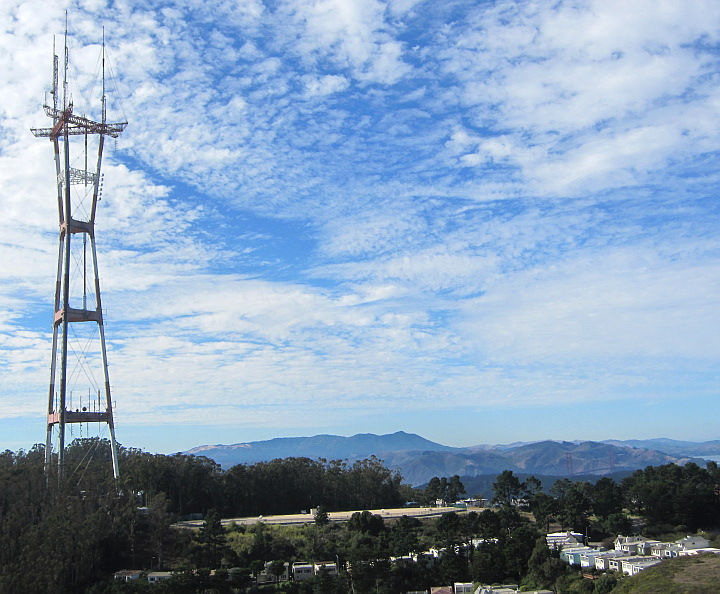 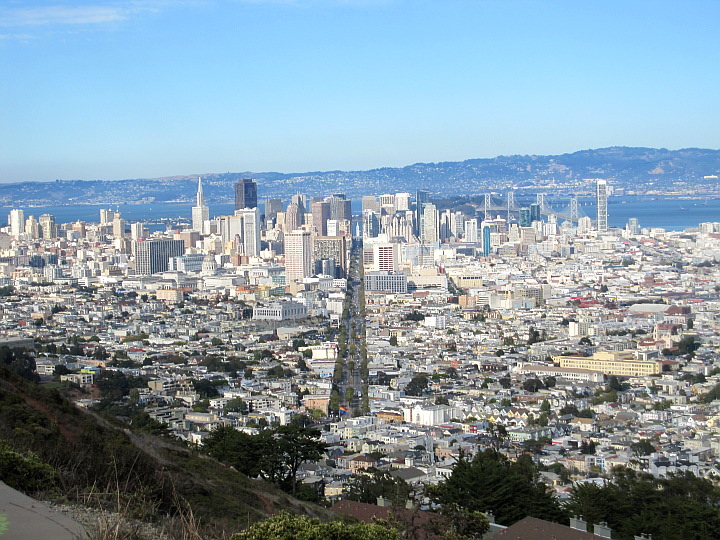 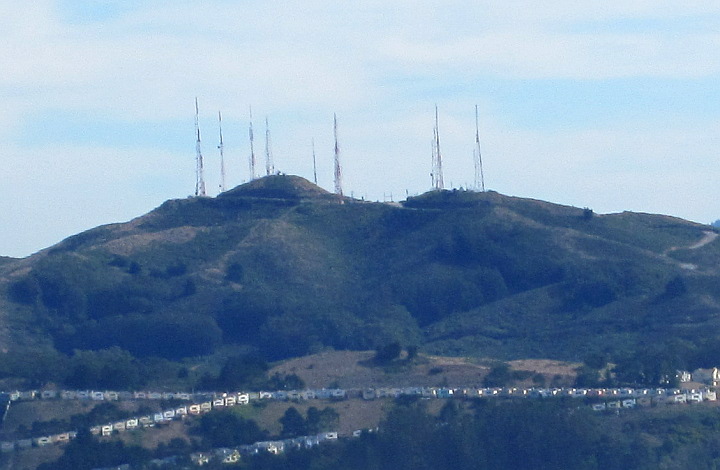 Oakland and the East Bay hills with Mt. Diablo in the distance.
Two television stations transmit from Mt. Diablo.

A beautiful old view of Sutro Tower at sunset 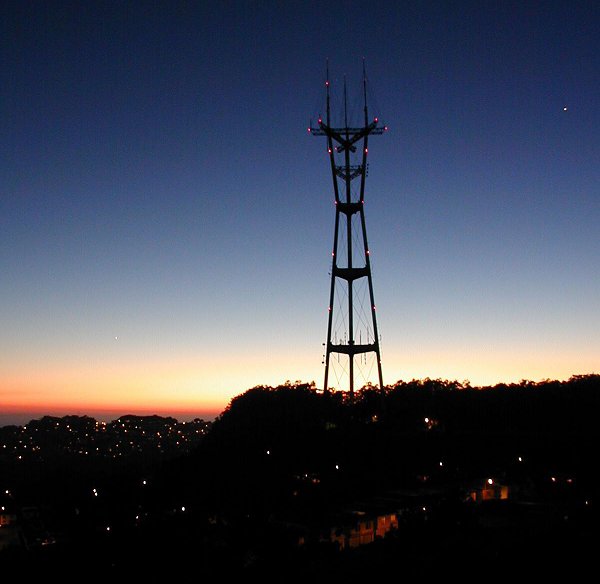 Links to other web sites with Sutro Tower information and photos: