Our Amaryllis plants produced some beautiful flowers again this year.  We
had 5 stalks with a total of 20 flowers.  There were 8 very large bright red
flowers on 2 stalks and 12 pinkish-red flowers on each of the other 3 stalks.

First we'll look at how quickly the "thumbs" grew.

These first pictures were taken on January 28.  We have two pots,
one on the left with one bulb, one on the right with two bulbs.  The
right photo is a close up of the left pot showing the two new thumbs. 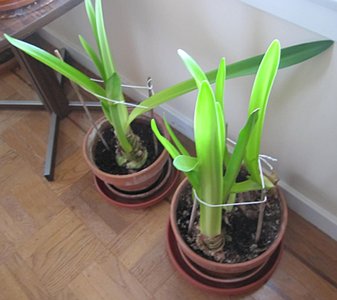 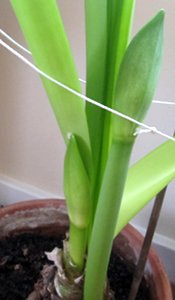 These were taken on January 29, the next day.  Here you
can see how quickly the thumbs have grown.   The twine
is there to keep the leaves from falling and breaking off.
Look!  A third thumb is spotted in the right pot. 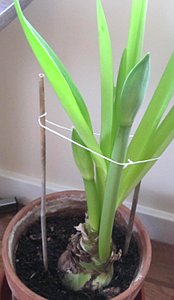 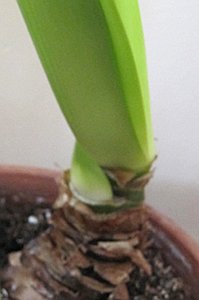 January 30
The two thumbs have grown another couple of inches in one day.
And look at the lower right of the right photo... our fourth thumb! 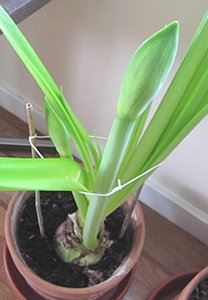 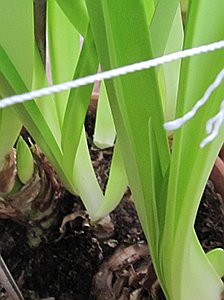 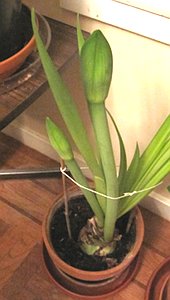 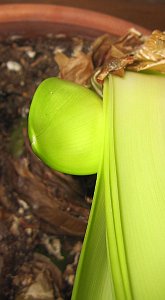 February 3
The two stalks in the left pot have grown a lot in three days.
The right two photos show the two thumbs in the right pot. 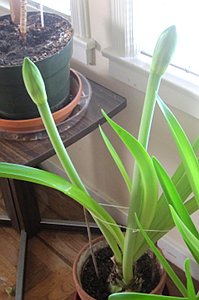 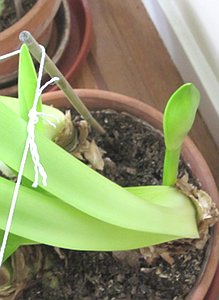 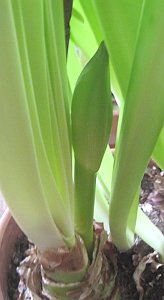 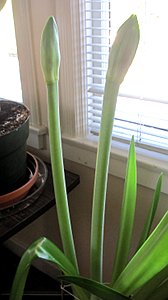 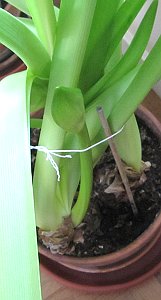 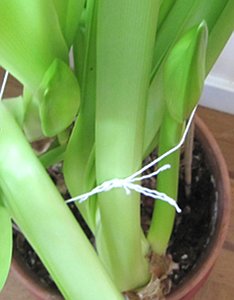 February 7
The first flowers are beginning to show and the other two stalks are growing taller. 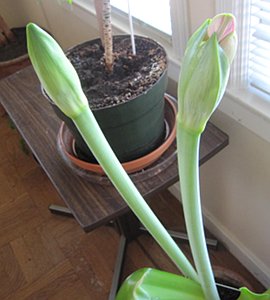 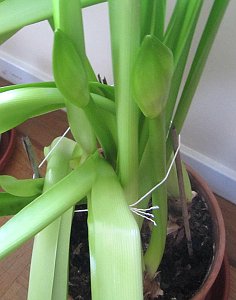