Some of our old Amaryllis plants died due to old age, but before doing so they
produced new bulbs.  Last year we didn't have any flowers, but the new bulbs
started producing this year.  We had four stalks with a total of 14 flowers.  There
were two very large bright red flowers on one stalk and four pinkish-red flowers
on each of the other three stalks.  Here are some pictures of this year's flowers.

This first picture was taken on February 23rd,
just as the first flowers started to open.

This photo shows the large bright red flowers and
the second and third stalks, noted by the arrows. 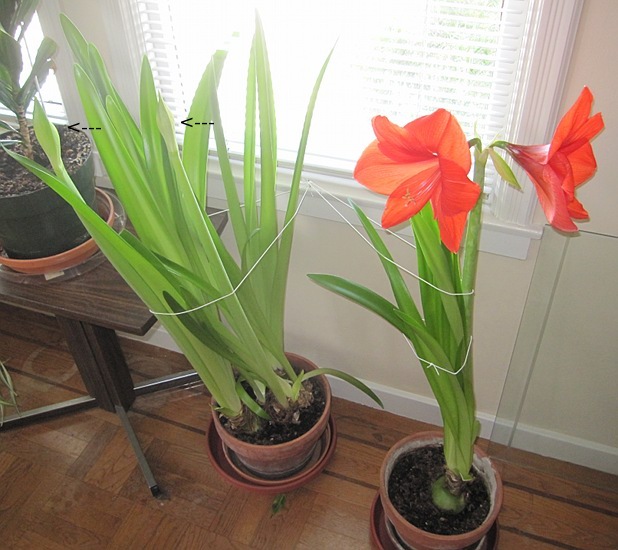 Close up of the two red flowers. 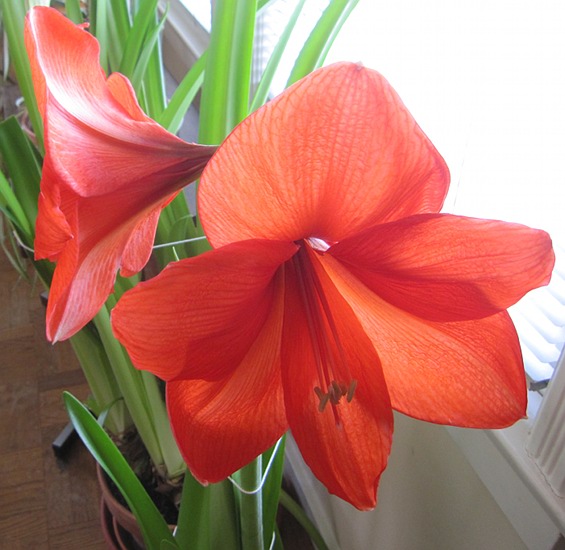 On February 28th the flowers in the second and third stalks started to open. 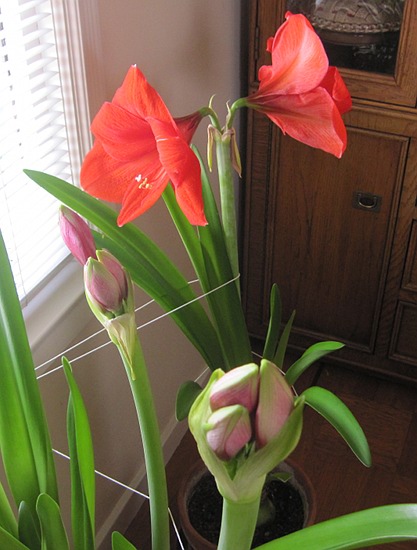 This was taken the next day. 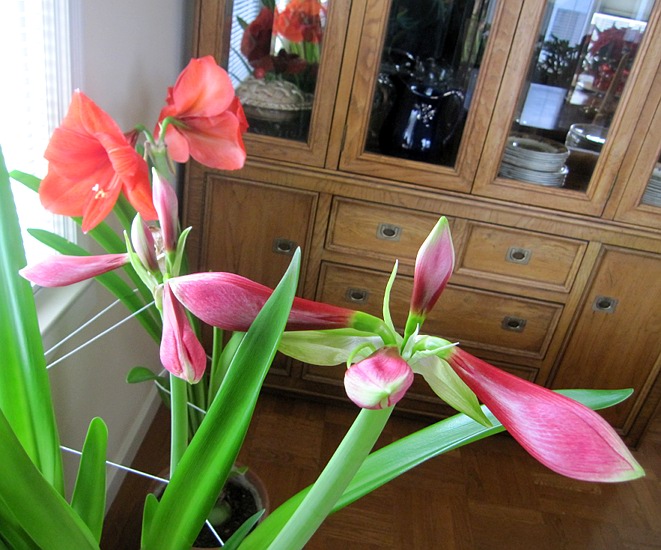 These two photos were taken the day after that, March 2. 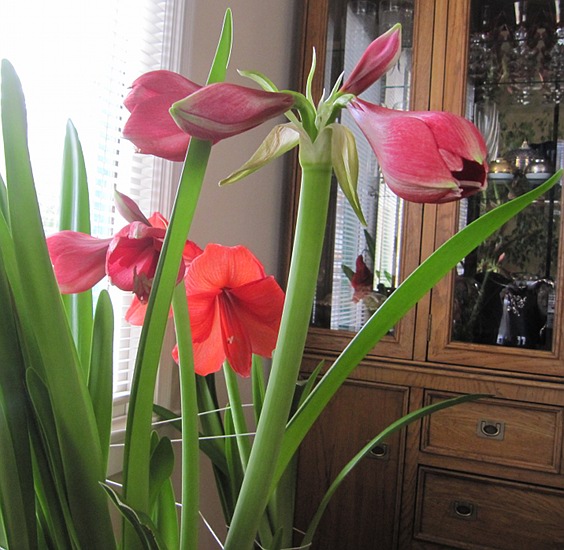 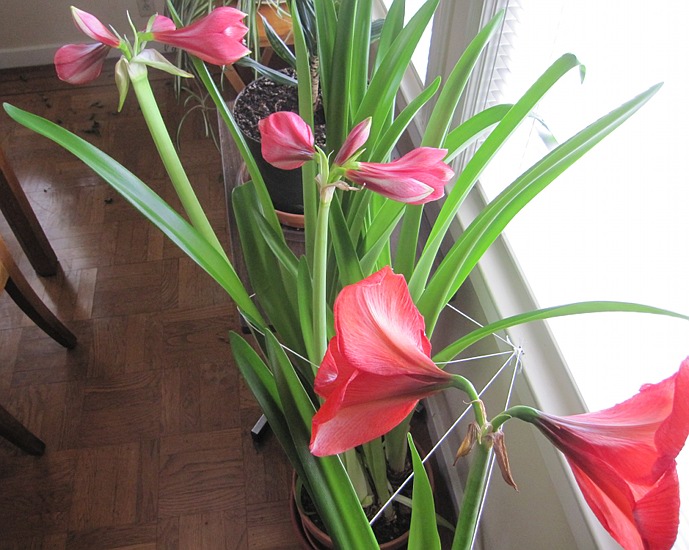 These next two photos were taken on March 4. 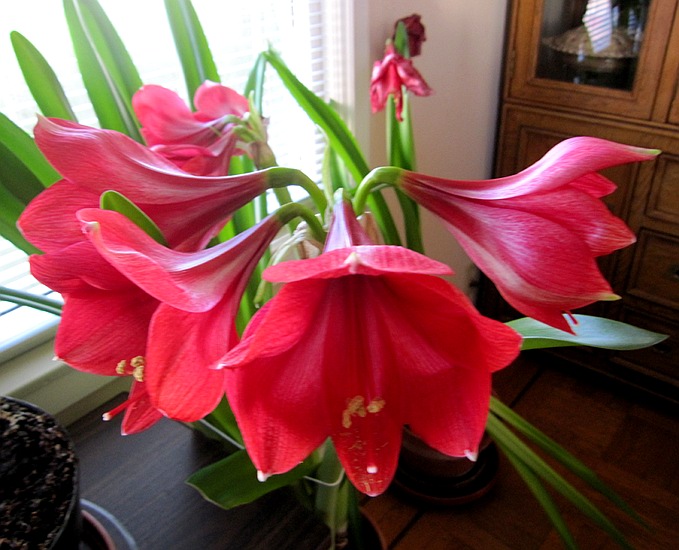 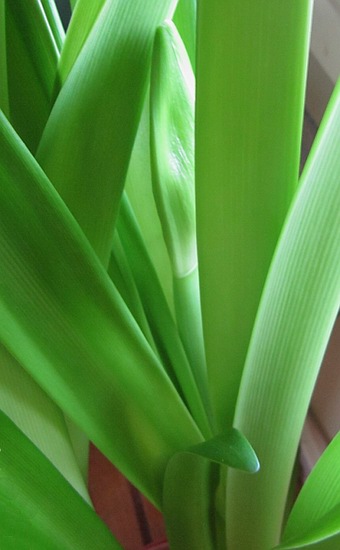 Close up taken on March 5. 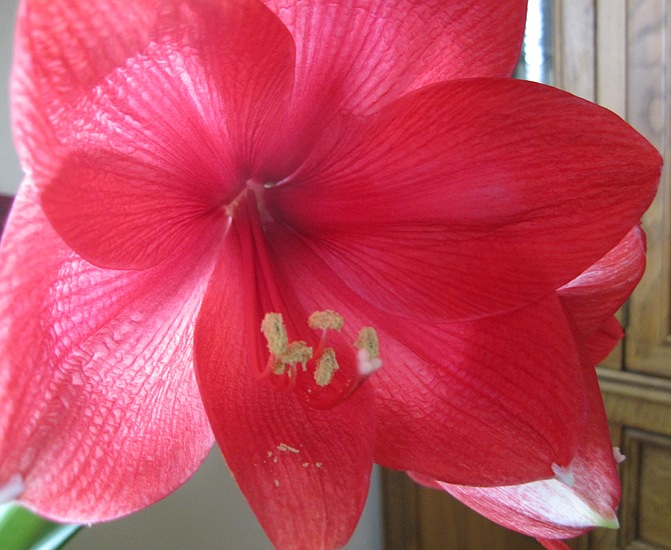 One of the stalks snapped off due to the weight of the flowers.
Here you see the stalk in the blue vase on the table next
to our Christmas Poinsettia that's still blooming nicely.
As you can see, the first large red flowers have dried up. 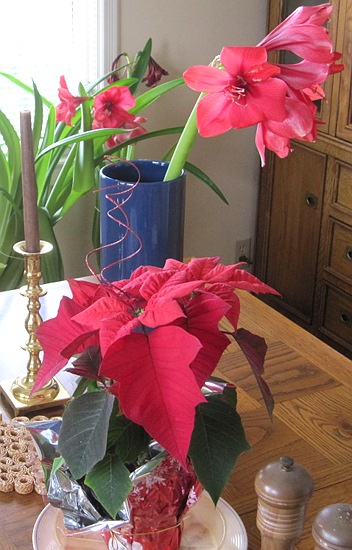 This photo was taken on March 7.  The fourth stalk is growing. 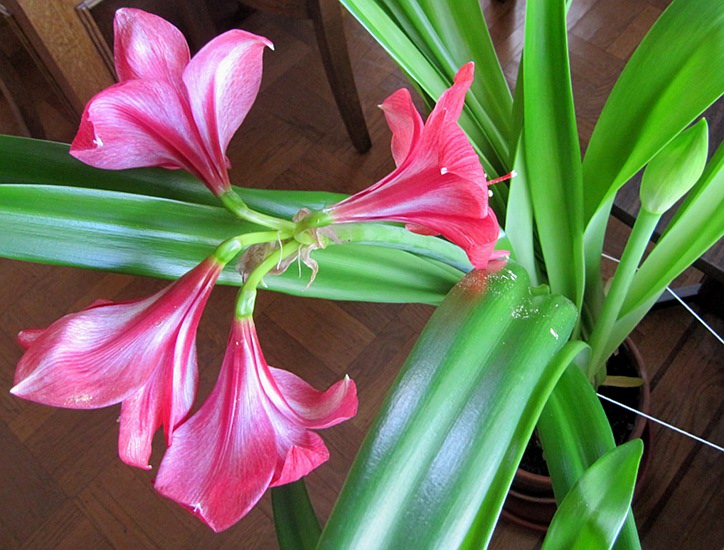 This photo, taken on March 14, shows the opening of the flowers on the fourth stalk. 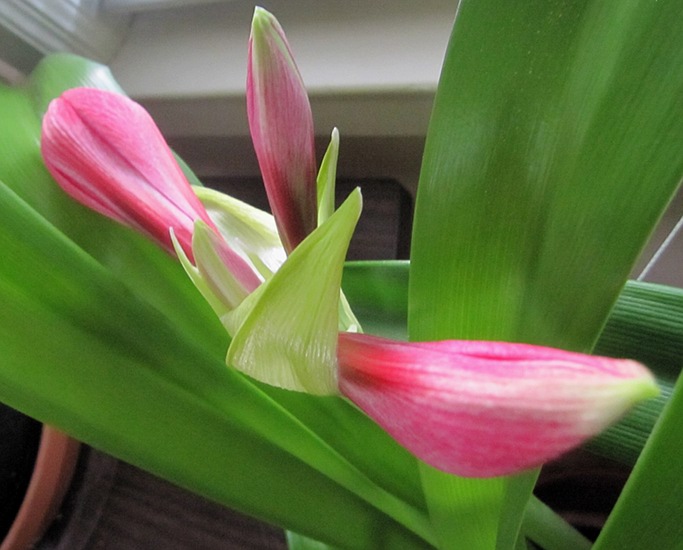 This one was taken on St. Patrick's Day, March 17. 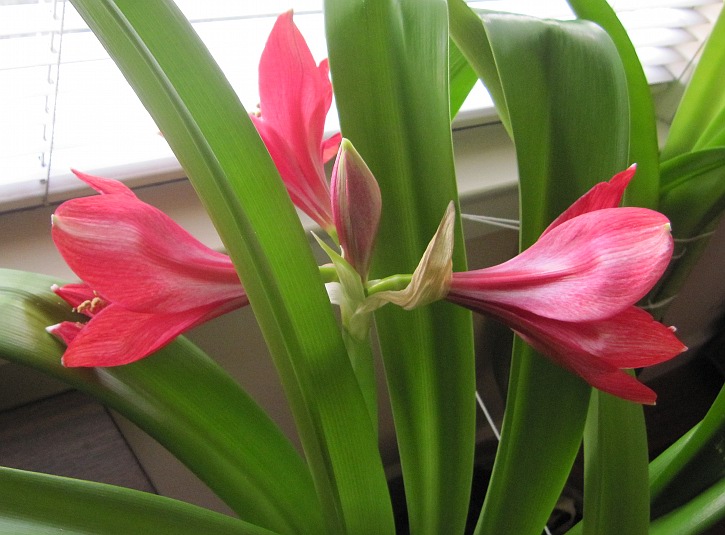 These last two were taken on March 20. 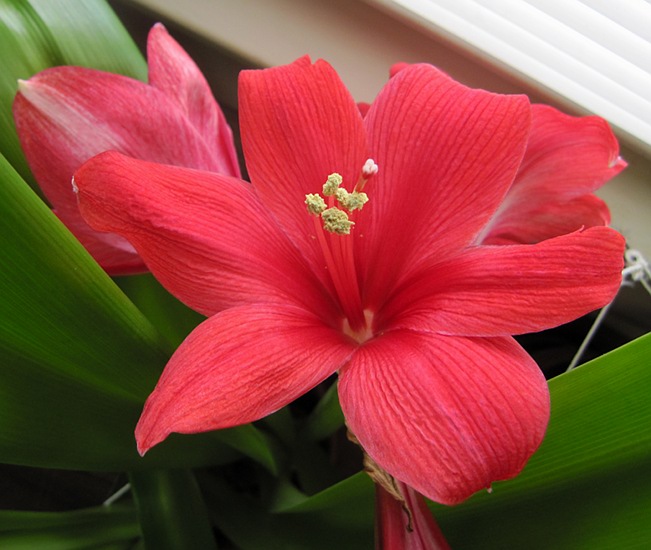 We had a month-long beautiful display of flowers this year!